The Hague: The Royal city of Peace and Justice

Join us on a two-hour discovery in the city of Peace, Justice, and a lot more. On our tour, we will explain all the sights and secrets that the biggest Dutch city on the North Sea has to offer. The Hague is the city of peace and justice because of the Peace Palace, the International courthouse and more. But why in The Hague, what made this town so special?

The Hague is much more than peace and justice only, also our Royal family -the house of Orange of Nassau- works and hangs around town a lot. We will show you where and why they also like The Hague for many many years! On top of that, the Tweede Kamer (House of Parliament) is also in town, and cannot be missed on the tour!

The tour is much more than an explanation with jokes about political history and the royal family. We will also discover the culture of locals of The Hague, with Haagse Harry, a typical Hagenees (which is something different than a Hagenaar!). To top it all off, we’ll give you some nice recommendations on where to go and what to do in the city.  So join us as we will show you the sights and stories that you came for!

Take a Dutch local, who can show your group around the Royal city of The Netherlands 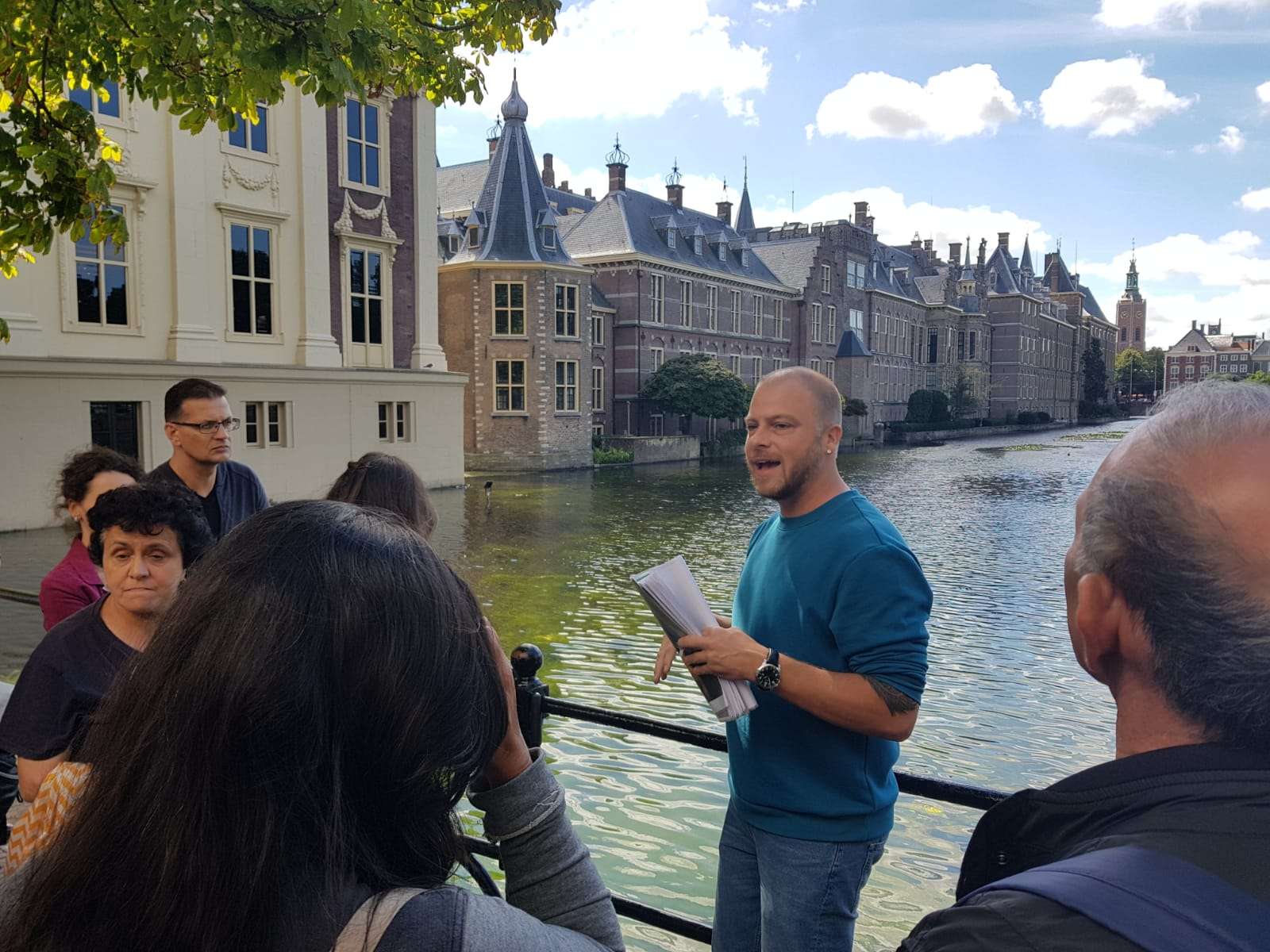 Start of the tour: 'Maurtishuis @ Plein'